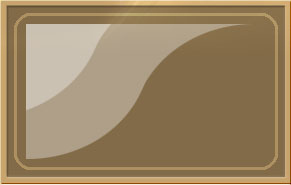 Leagues will be created with the same number of teams in each league if possible.
If there is interest from youngsters, then a junior league will be run alongside the adult league or a junior team can elect to play within the adult league.

Maximum of 10 teams in each league.

Maximum of 9 league games per season per team.

Teams will have two players per team.

Leagues will be selected by random draw each year.

Dates of games will decided by mutual agreement between respective teams.

Any teams failing to play on their agreed date, unless the date was previously changed by agreement, will be deemed to have lost the game and their opponents will be awarded the point.

Position in the league will be dependent on

All league games must be played 3 weeks prior to the final / trophy presentation date, this will be announced at the start of each season.

Games will be a series of ends, first team to gain 13 points wins the game and receives the league table point.

If there is a draw within the league table, then a playoff will be organised to decide the league winner.

If there is more than 1 league, then after all teams have played their respective league challengers, the top team from each league table will all play each other at the final in order to decide the seasons winner for the trophy.

If there is only a single league then the winning team will be awarded the trophy.

An entry fee of £5 per team per season for junior teams (16 years of age or under).

An entry fee of £0 per team per season for teams where all members are 100 years of age or over (proof of age of all players will be required).

Entry fees will be used towards the insurance, trophy, piste maintenance and annual rent paid to The Llancarfan Tennis Club. It is also proposed to have at least one fundraising event each year to cover a major portion of these expenses.